A forever home is the home you plan to live in for the rest of your life.  In our case, it seems a forever home is one that  takes forever to build.  (Insert a little whining here.)

It’s been several weeks since I’ve posted about our custom home building journey.  To be truthful, I was just too stressed out to put my feelings into words.  Those that know me are probably surprised that I was stressed.  I am usually more laid back and only react to stress after the fact — when I’ve survived whatever is going on.  Building our home has been different because it’s taken so long.  It didn’t seem to have an end in sight.  At one point I would have just thrown in the towel except we already had too much time, dreams and money invested.

You might ask why it took so long.  There was that 5 month-long delay due to the record-breaking rains.  In my post,  An Update of Sorts, I share my frustrations and share photos of the mud and puddles on our lot during this time.

Here’s a quick timeline of our home building process. 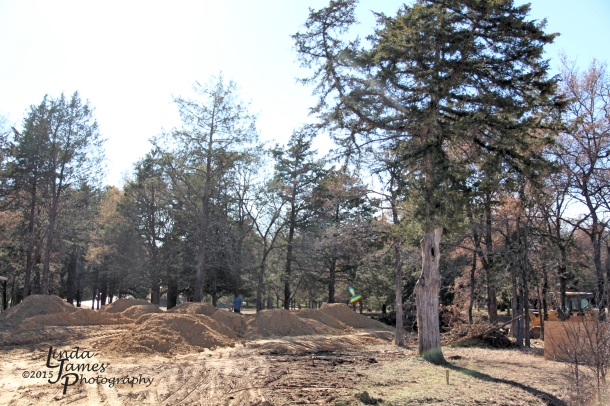 Crews started the dirt work for our new
forever home in February 2015!

And then it started to snow followed by several record-breaking months of rain.  All the building trades were behind once it finally stopped raining and the ground dried out.  We were left waiting again. 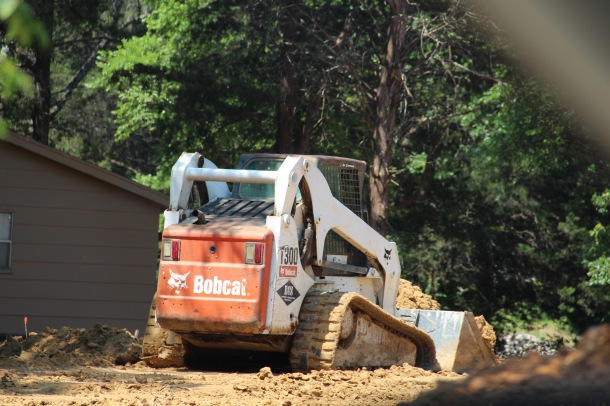 Pier and the foundation prep finally started.  The plumbers
began to lay the pipes.
And, of course, it rained again.

There were lots of workers and equipment involved in pouring  the foundation.  My hubby was so excited; he spent the entire day watching.  We actually felt like we were really building a house. 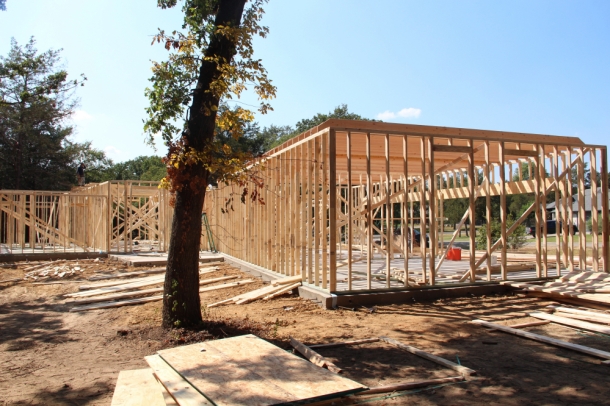 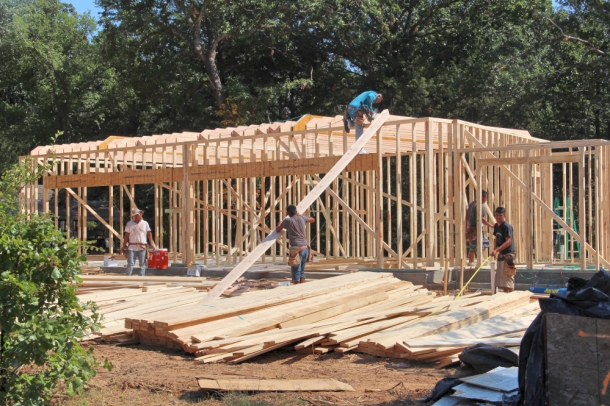 Soon there were “sticks in the air” (as our builder says).  It was so exciting to see it take shape.  We could see our dream coming true even with boards propping up the inside walls. 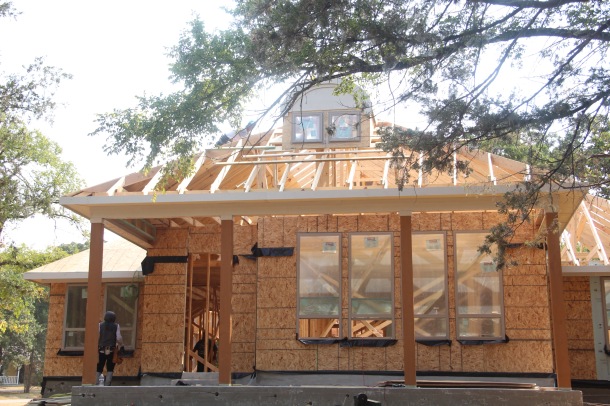 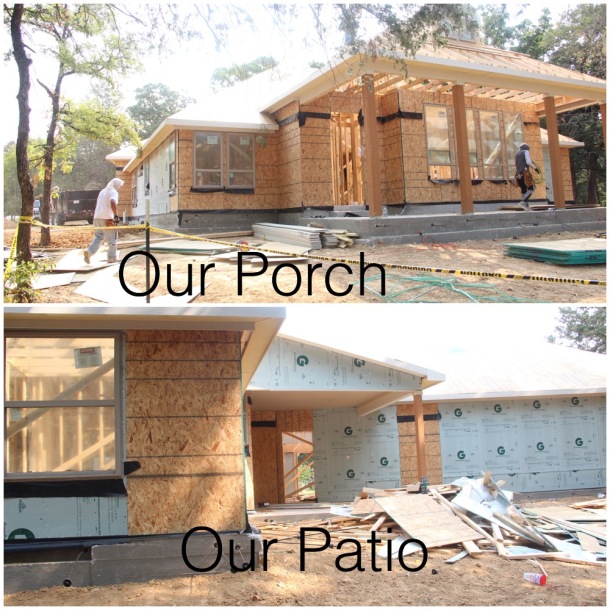 We were thrilled to see lots of progress during
our trips out to the construction site.

One of the most exciting days was when the building crew add the outside walls and installed the windows.  It really looked like a house!  One weekend,  I took a chair with me; so I could sit on the front porch.  What a wonderful feeling!  My excitement at building our forever home is back.

I still feel the stress of being without a home for almost a year.  Almost everything we have is in storage.  Thank goodness our son invited us to stay with him and his boys.  It’s been good to spend the time with our grandsons and I will miss being a part of their daily lives.  However, we will still be close by and will see them very often.

Have you ever built or renovated a house?  How did you handle the inevitable delays?

Look for “Survival Part 2 — Building Our Forever Home” next week.  I’ll share photos of the inside or our home and maybe I’ll even have an estimated “It’s Finished” date.  Thanks for stopping by.