Daily Reflections / School / This Is My Life

There’s less than a month of school left for most — my teacher friends can probably give me an exact countdown.  Which means it’s also the time for award ceremonies again.

As an educator, I always dreaded award time. I knew the awards would make some happy and some sad.  And I don’t think that’s what education should be about. 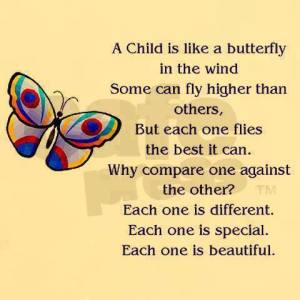 Awards eventually lose their luster to students that get them, while often hurting the self-esteem and pride of those who don’t.  (The Impact of Awards)

My Thoughts  — From an Educator’s Perspective

For many of my years as an elementary teacher we were instructed by administration to give every student some type of award.  I’ll admit that it was sometimes difficult to find an award that fit every student.  I believed — then and I believe now — that awards can be more harmful than rewarding.  If I was going to give awards; then, I wanted to give one to everyone.

My last few years as an elementary teacher awards were limited to honor roll, citizenship and a limited number of special awards.  That seems reasonable until you realize that the award ceremony was held during the day and every student attended the ceremony.  My heart always hurt for those students that sat through the ceremony without receiving an award.  There were times when a parent came to the ceremony and their child didn’t receive any awards.  The look on the faces of those students and parents always made me feel sad. 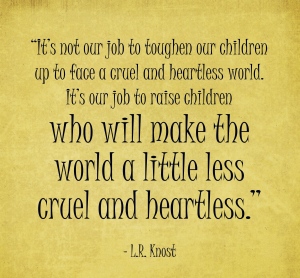 And what about the families with more than one child?  What happened when one child received lots of awards and the other one didn’t?

I also was a high school librarian and teacher for 7 years.  In my district, the high school students receiving an award received an invitation to the awards ceremony which was held in the evening.    It didn’t keep the students for talking about who received the invitations and I know many students still got upset.  At least, students weren’t forced to sit through a ceremony if they weren’t receiving an award.

Administration limited us to honor roll, top student and most improved awards for each class taught.  Of course, this meant that the for the most part the same students were receiving awards over and over during the ceremony.

It didn’t seem that the chance of an award motivated students to work harder or to strive to be a better person.  In many cases, it seemed that there was an opposite reaction.  In her article, “Losing is Good for You”,  Ashley Merman states,  “Awards can be powerful motivators, but nonstop recognition does not inspire children to succeed. Instead, it can cause them to underachieve.”  In my school, some students just didn’t try — because they weren’t A/B students– there wasn’t any reason.

In some instances, I noticed that many students put just enough effort into their school work to make the honor roll.  It seems that many students were only motivated by the extrinsic rewards and would put forth just the effort needed to get their goal.

My Thoughts — From the Grandparent Perspective

Last year, I went to my grandsons’ award ceremonies.  They were both very excited and happy to have us there.  The kindergartner’s award ceremony went smoothly.  Each student was called up and given a folder with his or her awards.  The teachers read off each award as the student came to the stage.  Some students received more than others; but it didn’t seem obvious to the students.  My grandson had a wonderful end to a good school year.  This is a good process If awards must be given.

The second grade award ceremony was different.  Each award was presented individually.  And as often happens, the same students seemed to be getting awards while the rest of the students just sat and watched.

To make matters worse for some awards like honor roll & citizenship — all the students receiving the award remained on the stage until all names were called.   I watched their faces as each teacher handed out the awards and the ones who didn’t receive an award knew it.  I counted in one class — there were only 5 students that didn’t receive a citizenship award.  Can you imagine how that made those students feel as they sat in their chairs and saw the rest of their classmates on the stage?    No matter what we say, this is difficult for anyone and it was hard for these 2nd graders.

I think the teachers tried to make it not so obvious by giving a Completed 2nd Grade certificate to every student.  Of course, the students still noticed.

My grandson — a second grader — had a difficult year.  I won’t go into the reasons his year was difficult — just know that some of it could have been avoided (but that’s a whole other blog post).

He brought home a special handmade invitation for the award ceremony.  He was so proud to give it to us and wanted to make sure we would be there.  He was sitting with his class on the front row waiting with a happy face.   The only time he was called to the stage was to get the completed 2nd grade certificate.  He kept a great attitude and at the end of the ceremony came over smiling to give us a hug.

Several hours later, he barely made it to the car after school before bursting into tears.  He said, “I didn’t get any awards. I tried my best all year. Didn’t my teachers like me?”  He sat through the awards ceremony,  went back to class feeling like a failure and managed to keep it together until he reached the car.  As a second grader, he didn’t understand the meaning of the awards.  He simply thought if he didn’t get an award it must be because his teacher didn’t like him and that he was a bad student.

My heart just broke because I know he really did try his best all year.    He deserved a mirror ball trophy just for surviving the year.  For the record, he lacked 2 points in one subject making the A/B honor roll (and that was after a tough year).  He received 4 checkmarks during the year and good citizenship awards went to those with 3 or less checkmarks.

Is this the point of awards?  What lesson did he really learn that day?

It isn’t hard to understand why he wasn’t excited about school starting at the beginning of this year.  I truly believe that the award ceremony and the way it was handled is part of the reason he dreaded the beginning of school.

I still wouldn’t like the school award process even if he had received one or more awards.  However, I feel that any ceremony that leaves out just a few is hurtful and detrimental to the self esteem of those few. 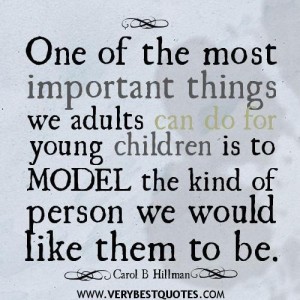 There’s a great debate concerning awards for all or awards for a few.  Do you just do away with awards completely?  Do you make awards more meaningful?  Or do you keep on doing what you’ve been doing?

My thought is that if you must give awards (at school, for sports or any other activity) make them meaningful.  Don’t wait until the end of the year to give out awards.  Give them as you see students doing something special or remarkable. Make the awards for kindness, improvement, helpfulness, responsibility.  Don’t give so many that the awards have little meaning or value; but give them often enough that they encourage the receiver.

Achievements like honor roll should still be acknowledged.  Send home a certificate and note with report cards.  Comment that you (the teacher, principal, etc.) noticed how hard the student worked and that it paid off.  Send home that same type of note to the student that didn’t make the honor roll; but worked just as hard.

I know that teachers have little time to spare and I realize that some of these ideas will take some of that spare time.  However, I believe that the results could be amazing for students and that’s what will we really want in the end.

Please note:
This post is purely my opinion based on my experiences as an educator, grandparent and parent.

Below I’ve included links to some articles concerning the award debate.

Year End Awards for the Classroom

The Impact of Awards

Trophies for All, or Just the Deserving