Daily Reflections / Family / This Is My Life

Please read the special note at the end of the post. 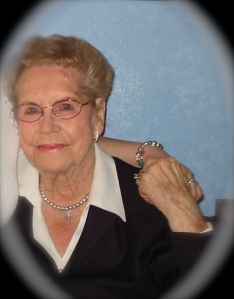 Making cornbread always reminds me of my Grandmother. (And make no mistake; we called her Grandmother.  Not Grandma, Gramma or Granny.  She was Grandmother.)  Grandmother made her cornbread in an iron skillet. She believed that cornbread just tasted better if it was made in an iron skillet. The truth is that she was a fabulous cook. Whatever she made always seemed to taste just a little better than anyone else’s. She’d say, “I just followed the recipe. Well maybe I did add a little of this or that. It wasn’t enough to make a difference.”

(I’ve shared the recipe at the end of this post.)

Grandmother’s cornbread dressing was one of those dishes that no one seemed able to duplicate with much success. I’d watch her make it and it seemed so simple. I also knew that no one else in the family ever, ever made it.  Long after Grandmother stopped preparing our entire holiday dinners; she’d still make the dressing and transport it to wherever the family was gathering.

Recently, I asked my aunt why Grandmother always made the dressing.   She told me that no one was ever able to make dressing that tasted as good as Grandmother’s; so they finally just quit trying.  By the time I was old enough to pay attention; Grandmother’s dressing was tradition.

I’d been married for a couple of years, barely into my 20s when I decided I would attempt to make cornbread dressing for my husband’s family for Christmas dinner. I’m sure that all the women in my family shook their heads in complete disbelief when I said that I planned to make Grandmother’s dressing.

Before I get further into the story, I need to explain a few things. I didn’t know how to cook back then because Grandmother did all the cooking (that’s another story for another day).  However, I come from a family that makes everything from scratch especially at holiday times. Before I got married, I didn’t know about instant potatoes or dressing that came in boxes. At my first Christmas dinner with my husband’s family, we had instant potatoes and some kind of boxed or bagged dressing. I didn’t know what to do when I was handed a box and asked to make the potatoes.   My sister-in-law showed me the directions on the back of the box. The next major dinner, I volunteered to bring the mashed potatoes –I used real potatoes. I became the potato preparer for the next several years.

Now, you should know that there were some really good cooks in my husband’s family (including my father-in-law and sister-in-law).  I still don’t know why they were using instant potatoes.  — Maybe it was because it was during the mid 70s and everyone was about convenience.  Needless to say, I never asked.

Then came the year, I volunteered to bring the dressing. Yes, I volunteered.  (Ah – the bravery of youth.)  I asked my grandmother for the recipe and she started shaking her head.   She asked me if I was really ready for this. I bravely told her that yes I thought so. 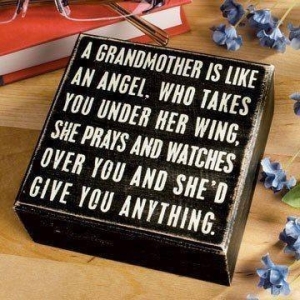 This started a cooking lesson that lasted several weeks.   She talked me through it several times. Yet, she was still a little worried that I might not get it just right and end up embarrassing myself (or her)  in front of my husband’s family. She had me come over to her house a few days before Thanksgiving. We made the cornbread together and then, she actually sent me home. The night before Thanksgiving, Grandmother crumbled the cornbread into her special dressing pan, added the sautéed celery and onions plus all the seasonings to the cornbread. When I picked up the pan with the seasoned cornbread from her; she was still giving me advice about how to make sure I got it just right. – –Add a couple of beaten eggs and stir. Then start adding your turkey broth and a couple of sticks of butter (She’d always say, “The butter makes it rich. You can’t leave out the butter.”) Her last bit of advice was to keep working with the cornbread and broth until it’s about the consistency of cornbread right before you pour it into the pan. “If it’s too thick, it’ll take too long to cook and if it’s too thin; it’ll cook too fast.   You don’t want either one.”

Needless to say, I was rather nervous even after all of her preparation. Grandmother told me to tell my husband’s family that it was her recipe; but not to let on that she helped me.   The dressing was a hit that year and I got all the credit. Looking back, I know now that she was doing what she always did — taking care of me.  She knew I was still trying to find my place in my husband’s family and this was her way of helping.

The dressing was a hit and everyone really liked it.  I found my place; I became the dressing maker.   It always made my heart happy when I overheard Grandmother tell someone that I was the only one brave enough to make her cornbread dressing — especially when she’d add that it was almost as good as hers.

I continue to make cornbread dressing at each holiday dinner. I’ve been making the recipe from memory for years with just one change — my husband does the final spoon taste before I put it in the oven.    I didn’t want the family recipe to be lost; so I’ve made a point to teach both my daughter and son how to make it. We usually prepare it together and I add the final seasonings. A few years ago, my daughter made it on her own for a dinner with friends. She called me for the recipe and I walked her through it by phone. Maybe it’s time to actually write the recipe down again.

Now you know why — Every time I make cornbread, I think of my grandmother. 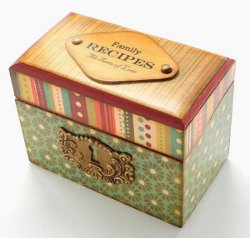 Spray the bottom and sides of an 8-inch square pan or 9-inch round cake pan with the cooking spray. 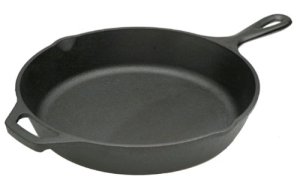 Or, grease a 10″ cast iron skillet. Increase temperature to 425°F and don’t forget to preheat the skillet.

In a large bowl, beat the melted butter, milk and egg with a fork or wire whisk until well mixed. Add the cornmeal, flour, sugar, baking powder and salt all at once; stir just until the flour is moistened (batter will be lumpy). Pour batter into the pan; use a rubber spatula to scrape batter from bowl. Spread batter evenly in pan and smooth top of batter.

Bake 20 to 25 minutes or until golden brown and a toothpick inserted in the center comes out clean.

The cornbread can be made up to 2 days in advance when used for dressing. Store until needed, then crumble and follow instructions for the dressing.  I store mine in the refrigerator.

For the cornbread dressing

Crumble the cornbread into small pieces.

Melt 2 sticks butter in a large skillet over medium heat.

Add the onion and celery and sauté, stirring frequently, until soft and translucent, about 10 to 12 minutes.

Add the onion and celery to the cornbread mixture. Stir well.

Next, melt the remaining butter and stir into the cornbread mixture.

Mix in sage and stir well.

Season generously with salt and pepper. 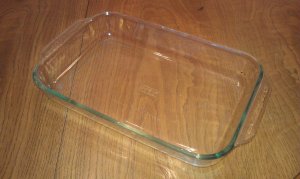 Pour into a greased 9 x 13 inch casserole dish. (4 pans of cornbread will make 2 pans of dressing) Bake, uncovered, until the dressing is set and golden brown, about 45 to 50 minutes.

Special note:  I don’t use a glass casserole dish when I make my dressing.  I use my mother-in-law’s old heavy-duty roasting pan.    She always cooked her turkey or ham in it.  The lid is almost as large as the pan itself.  One year, I used the lid to cook the dressing and it soon became the dressing pan.  I’ve since inherited the actual roasting pan.  I rather like the thought of making Grandmother’s dressing in my mother-in-law’s pan.  It’s like all both our families are now part of the tradition.

Do you have family recipes that have been passed down through the generations?  What memories do those recipes have for you?

Quaker Yellow Corn Meal  This is the brand we use in Texas and I prefer yellow.  You can use any brand or color you choose.  🙂

Recipe Box Makeover  Do you still have a recipe box or do you keep your recipes on your computer?

Iron Skillet   Do you own an iron skillet?

Due to some unusual circumstances and life in general, I won’t be making Grandmother’s Cornbread Dressing during the holidays for the first time in 30+ years.  I have to admit that it makes me just a little sad.  Traditions are important to me because they bring back such good memories.  Our life is good; but we are learning that sometimes traditions need to evolve.  Maybe that’s a good topic for another blog post.

Happy Holidays to you all!

10 thoughts on “Southern Cornbread Dressing: Memories of My Grandmother”